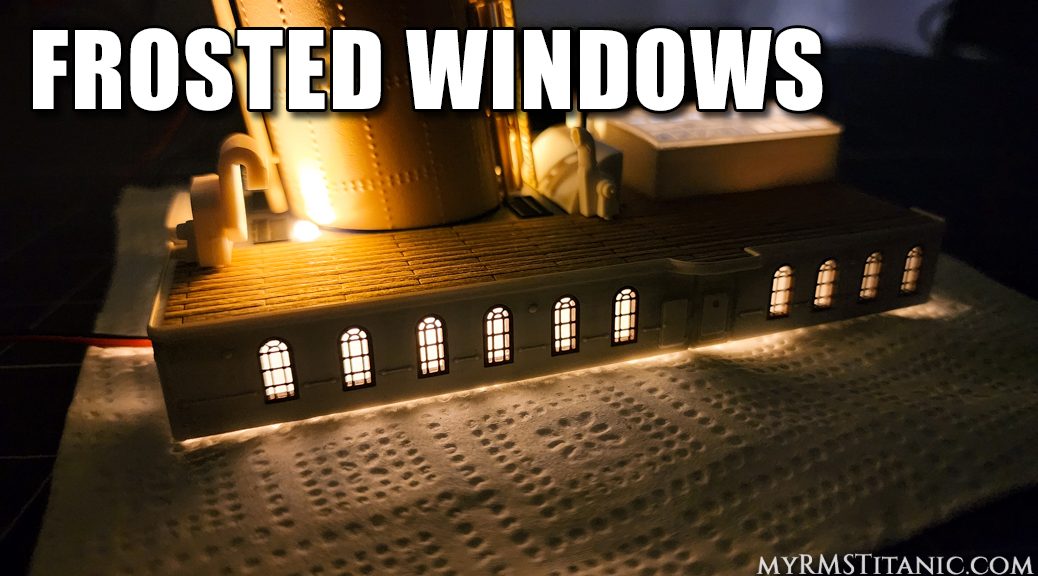 As I was adding the Window frames to the superstructures in Issue 22, I realized it does not appear that we will be receiving any ‘glass’ for the windows and portholes of our Agora Models 1:200 scale RMS Titanic model. Because there is no real interior to be seen through these openings, I decided to add my own ‘glass’ and give it a frosted look. I am hoping this will help diffuse the interior lighting and give the windows and portholes a feeling of depth.

Starting with the Rectangular Windows in the Officers’ Quarters superstructure, I cut these strips down to fit behind a single wall section of the bridge superstructure windows.

To create the frosted effect, I sanded one side of each strip with 400 grit sandpaper in a circular motion: 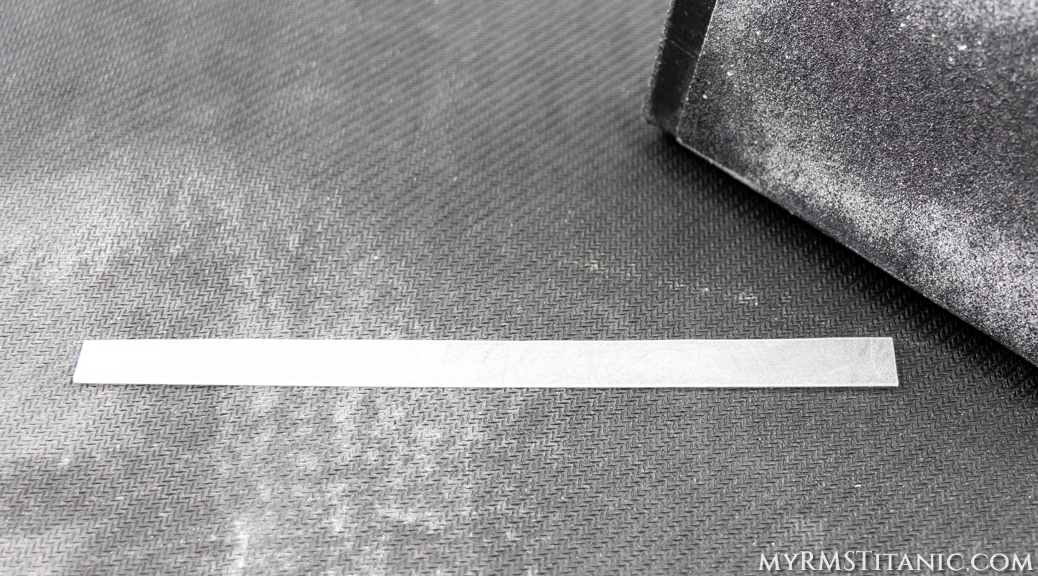 Next, I test fit a strip behind the windows (with the frosted side facing inwards away from the windows). As it appears there will be a small ledge on the deck below that this superstructure sits on, I aligned these strips to the top inner edge of this superstructure leaving a small gap at the lower edge. Once I was happy with the fitment, I used small drops of super glue between the windows to attach the strip in place.

TIP: Super glue will adhere this strip in place very quickly, so make sure it is aligned correctly before you apply any glue: 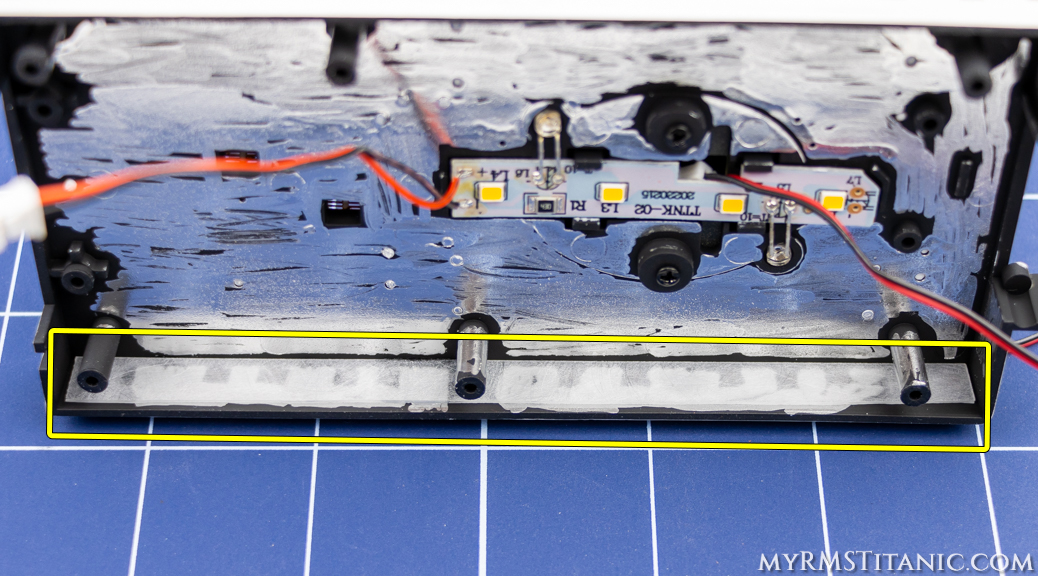 The other side of the Officers’ Quarter superstructure was completed in the same way. Once we powered up the interior lighting LEDs, I saw right away that these new strips of ‘glass’ really help make our windows look much better: 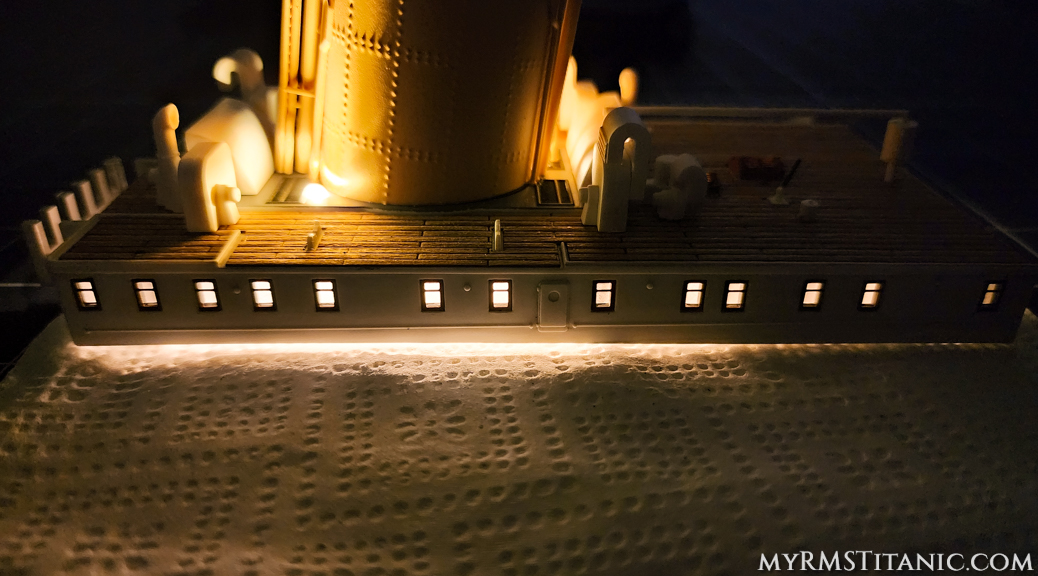 For the larger Arched Windows in the First Class Superstructure, the identical process was followed, but the strips were cut slightly wider: 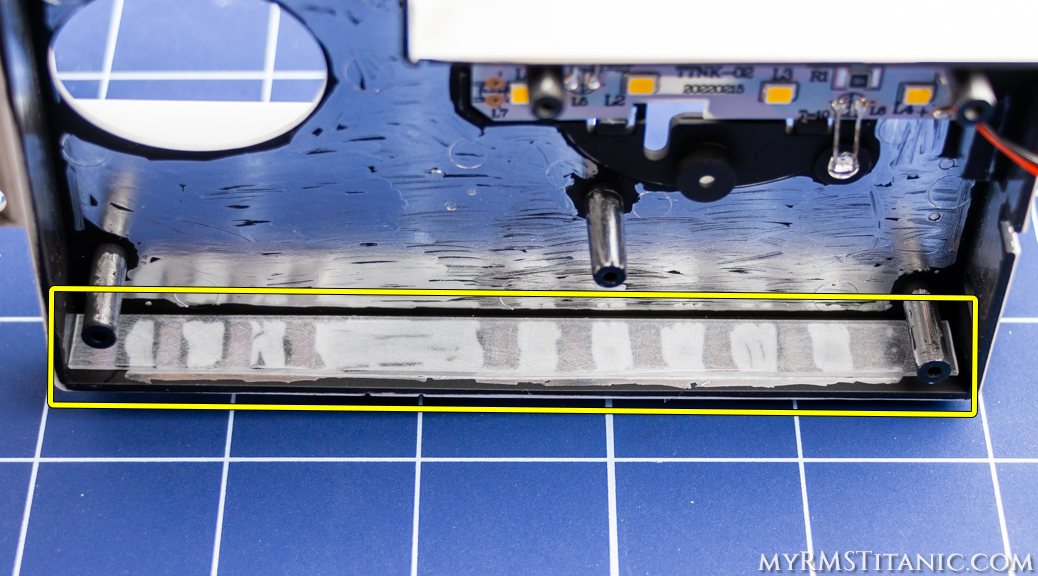 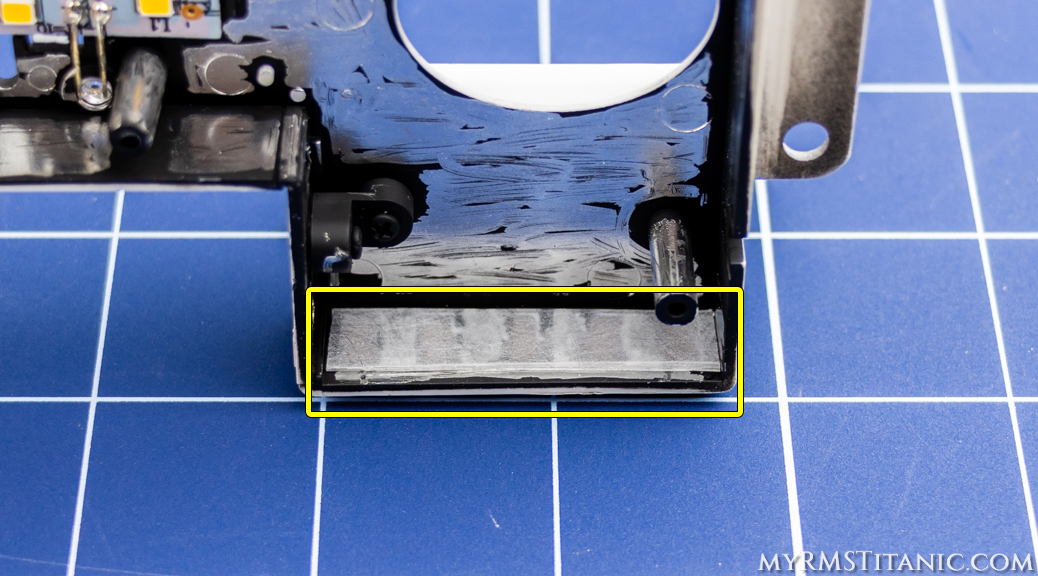 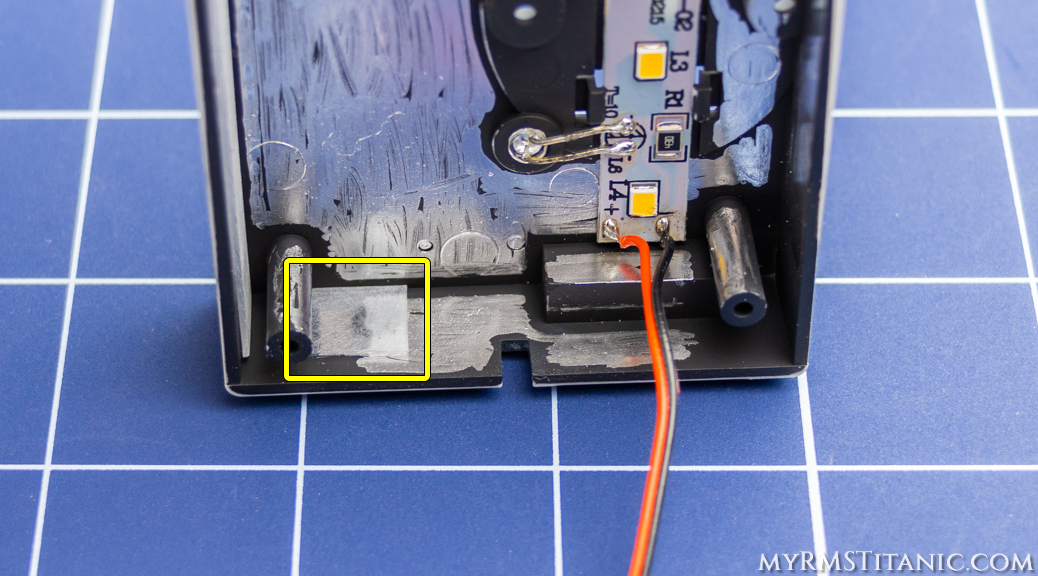 Finally, since these two Arched Window openings have a screw post in between them, I cut these strips to fit as close to the post as possible: 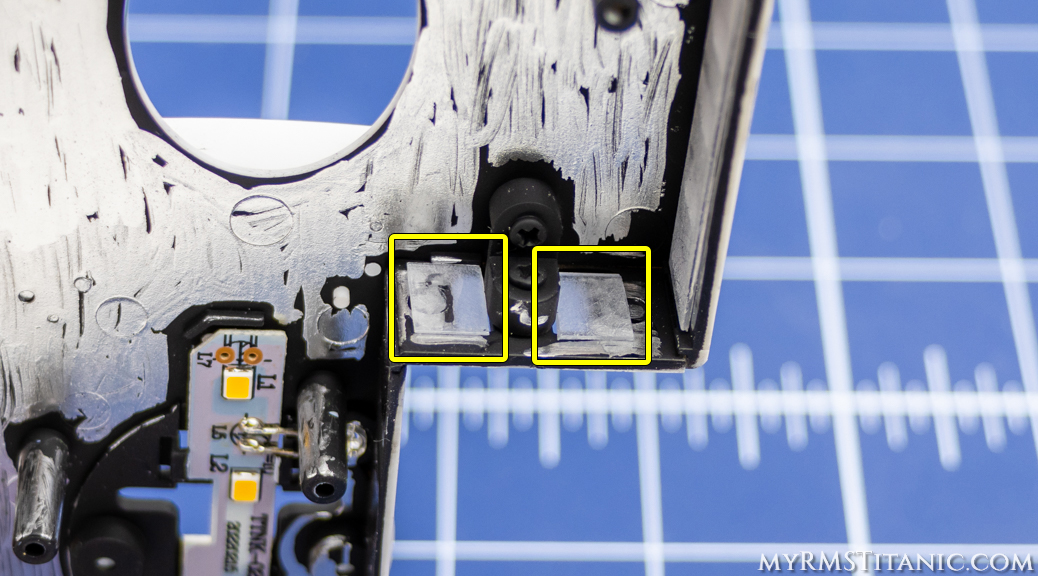 Again, when we lit this superstructure, the windows appear more diffused and uniform with their lighting. I will likely used some aluminum tape on the deck below these superstructures to help spread the localized LED light around more effectively: 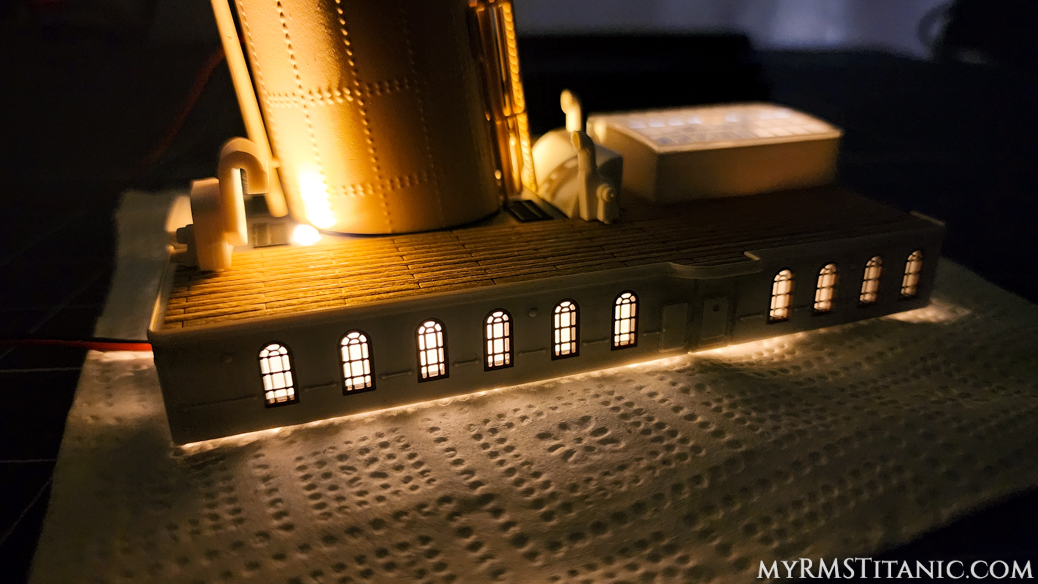 I will diffuse the hull porthole openings in exactly the same way, but I have not done it yet. I will add those pictures here once started.