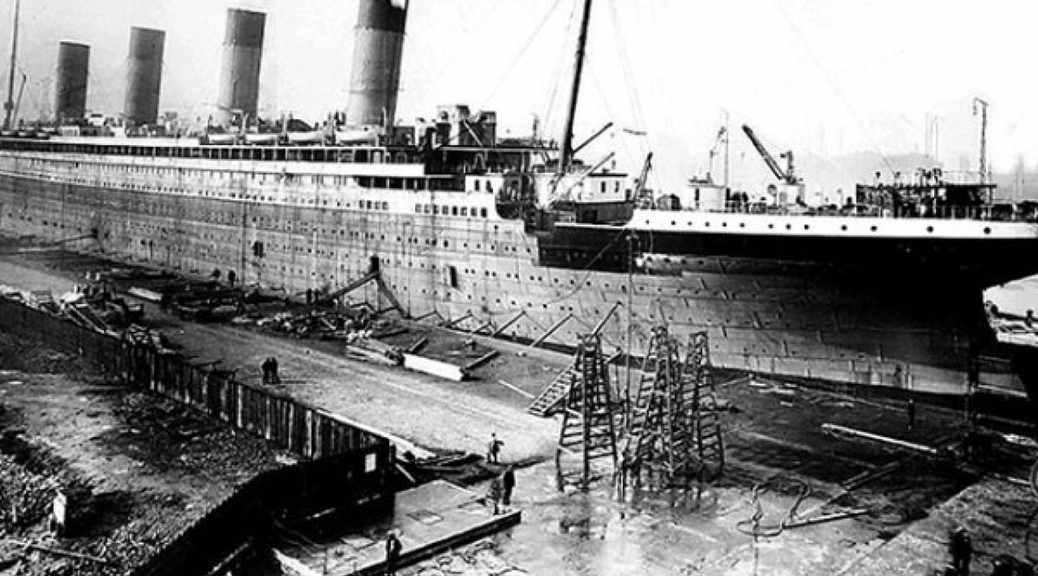 Agora Models supplies everything needed to build the model, but I have put together a list of items that I found that improve the experience. These are just suggestions, there is no need to do it exactly this way.

This model is going to take a long time to build, so having a good work space to assemble it is important. I created a dedicated location with a small table and laid down a self-healing 24×36″ craft mat by Dritz: 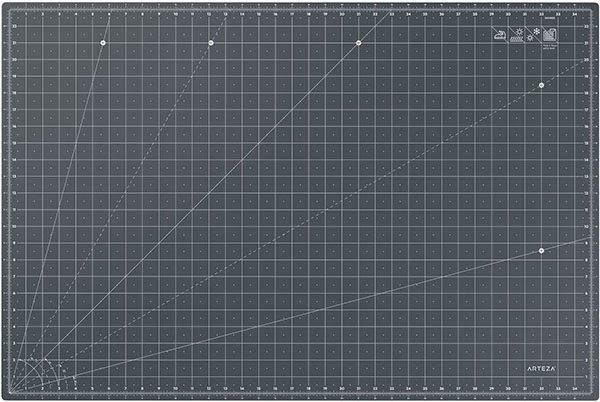 This has a nice dark grey background with a 1″ grid, imperial rulers, and is nearly big enough to cover the entire model.

This partwork build requires a lot of super gluing parts together. Super glue or CA (CyanoAcrylate) glue is quite common, but I have had really good experiences using these Loctite liquid and gel applicators: 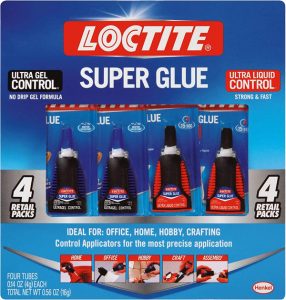 Agora provides a few basic tools along with the issues. However, I found that these tools are not that great, so instead I used this precision screwdriver/tool set by ORIA: 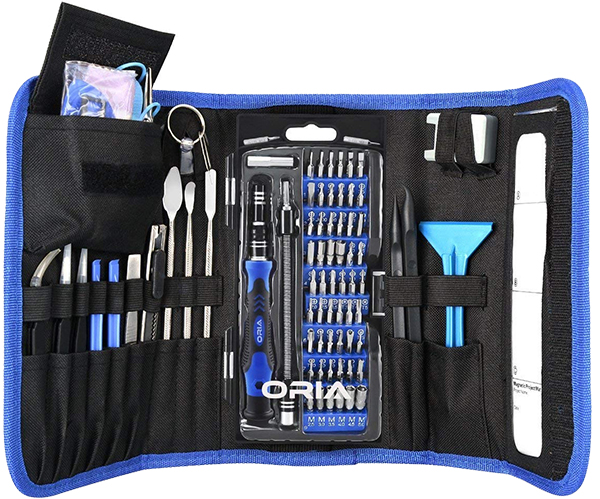 This set has many other useful tools such as different sharp-point tweezers, razor knife, magnetizing block, pry tools, etc.

Another screwdriver set I picked up is fantastic, but it does not contain any of the other tools. This is the iFixit Manta Driver Kit: 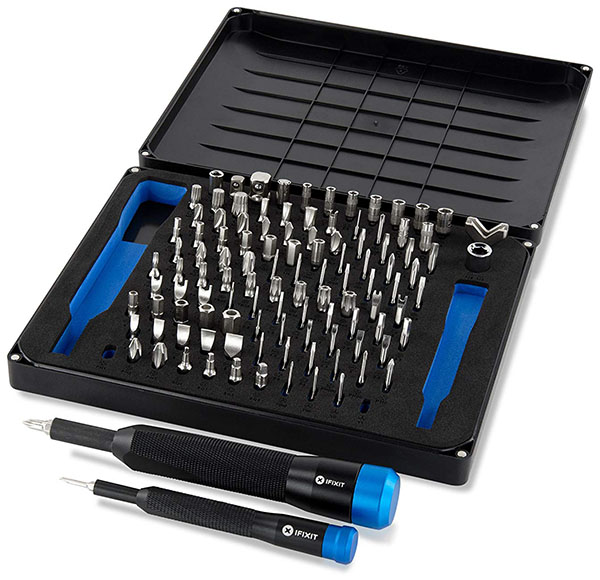 Then, I finally got my hands on a set of amazing Wera Kraftform Phillip-head screwdrivers. These things are nearly indestructible:

This model is assembled using hundreds of tiny screws. The screws are marked with designations such as AP, BP, AM, CM, etc.  As there will be many types of plastic screws (ending in P) and metal screws (ending in M), keeping them organized is extremely helpful. And, since extra screws are included in every issue, you will need someplace to store them all.

I bought a cheap 36-slot organizer from Amazon but any similar product would work fine. I taped the small designation labels included with the screw bags into each compartment to keep everything tidy. 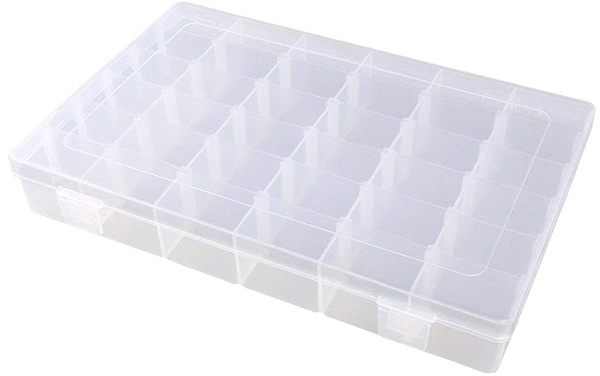 I still recommend pre-threading all of the metal holes with the correct screw before attaching things into place. This simply involves driving the intended screw into each hole and removing it before actually fastening anything together. The screws are made of harder metal than the die-cast parts so they should create threads in the metal. This will make the actual connection straighter and easier to use.

However, a complete game-changer for installing metal screws is to pick up some 3-in-One Multi-Purpose Oil and add a tiny bit to the tip of each metal screw (or into the hole). Using this oil, the metal screws go in much easier and will rarely bind, break, or strip.

If you plan on modifying your ship, you may want to look into some of the many mods available to us before you start building.

See my MODS page for details.

There are a lot of other Agora Models 1:200 RMS Titanic model builders online where you can learn more about the kit, build tips and tricks, videos, ask questions, and join discussions. Don’t be a stranger, we are friendly!

There are also Facebook groups dedicated to the build. There is a ton of information and help to be found. Some of the groups I visit are:

Finally, I wanted to share some of the printed book resources I will be using to help add some authenticity to my build: 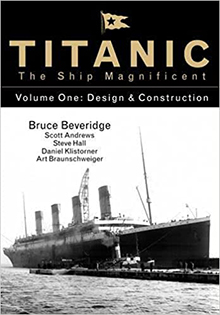 “Volume One covers the design and construction of Titanic, with individual chapters detailing such diverse areas as the riveting of the ship, her heating and ventilation systems, funnels, steering and navigation systems and more.”

Anatomy of the Titanic 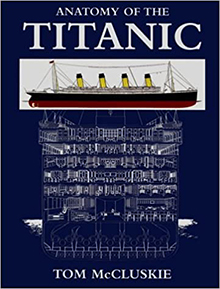 “A comprehensive deck-by-deck tour of the most famous ship in history. Includes nearly 250 b/w photographs, plans, drawings, and cutaways. Tom McCluskie is the former Archive Manager for Harland & Wolff, builders of the Titanic, and was H & W’s Technical Liaison to 20th Century Fox in the production of James Cameron’s Titanic.”

Secrets of the Titanic: The Truth About the Tragedy 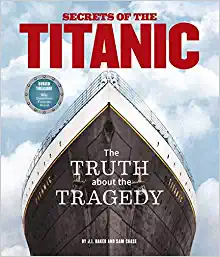 “Believe it or not, researchers are still making new discoveries about the Titanic after more than 100 years! This book is the most visual and most up-to-date chronicle of the famous ship’s development, voyage and ultimate tragedy, illustrated with numerous photos and drawings.” 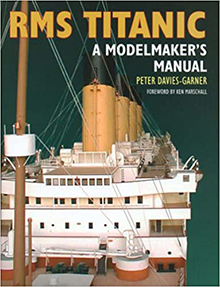 “This new book contains all the information needed to build a highly accurate model down to the tiniest details of the hull’s rivets. The book is based on the author’s own remarkable 20ft model, specially commissioned for a traveling exhibition throughout North America.”